On Tuesday, the Chancellor will address the UN’s EUCOSEC Council in New York. In doing so, Sebastian Kurz points to three lessons learned from Austria’s pandemic response. Austria’s testing strategy acts as a significant immediate tool. Economic support brings the important post-crisis recovery. The relevance of international cooperation was particularly evident during the pandemic.

At the outset, the Chancellor expressed the impact of the pandemic to international representatives. For the first time in the last 30 years, there was a reversal in global human development.

As a result of the pandemic, 120 million people have fallen into extreme poverty, he said. Another 130 million people are suffering from hunger. Worldwide, the equivalent of 255 million full-time jobs have been lost, the chancellor said at the UN headquarters on the East River in New York. That is equivalent to one-third of Europe’s population.

The challenges the world now faces are extraordinary, he said. While there is an outlook for positive developments in global economic growth for some countries, Kurz said, many countries run the risk of being left behind „if we do not take the right steps today.“

Kurz to UN: „We need to learn from one another and share best practices“

Kurz made it clear to the UN representatives that it is now clear that they need to work together and support each other. Therefore, in his speech, the Chancellor shared Austria’s three main lessons learned from the pandemic response.

For Austria, the comprehensive testing strategy has been an important lever in the pandemic response. Testing, he said, was the vehicle for the „immediate health response.“ Speaking to the UN representatives, Kurz outlined how in Austria, large-scale and easily accessible testing was key to detecting and stopping the spread of the virus.

He said the country had particularly benefited from the data generated by the tests, because „without tests there is no data“ This meant that efforts to combat the pandemic could be concentrated where they were most needed. This was done in Austria, for example, with the „entry tests “.

The second key lesson Kurz passed on to the international community is economic support. Because, Kurz said, the pandemic is not only a fight against human lives, but also a fight for the survival of small and medium-sized businesses.

Kurz emphasized that the government took immediate measures to mitigate the social and economic consequences of the pandemic. In this regard, Kurz said, short-time work was an important example. According to Kurz, the model has saved more than 1.2 million jobs in Austria since the pandemic began.

In addition, support for digitization has been increased, which is an important step for economic reconstruction. Austria will invest 1.4 billion euros in expanding broadband infrastructure for businesses, public administration and schools. The goal is to „achieve nationwide broadband coverage by 2030.“ 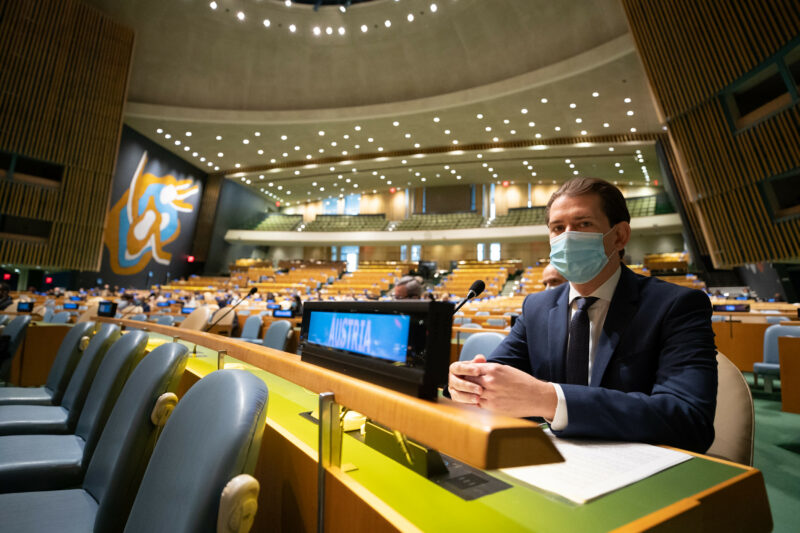 A key point in the fight against the pandemic, which the chancellor explicitly emphasized to the UN, is international cooperation. The value of this solidarity was made clear to the pandemic.

The Chancellor sees Austria’s role as central in this regard; as part of „Team Europe,“ Austria is making a major contribution to the COVAX initiative. In addition, Austria has pioneered the coordination of vaccine deliveries of over 650,000 doses to the Western Balkans. In addition, one million doses of vaccine will be provided bilaterally to the Western Balkans region.

At the same time, Kurz expressed his conviction that COVID-19 reconstruction measures must be linked to climate and environmental goals. This is precisely why Austria has increased its contribution to the Green Climate Fund by 100 million euros.

Kurz concluded by appealing to the international representatives present that the pandemic had also shed light on global vulnerabilities and inequalities. In this regard, he said, inequality in vaccination is one of the most decided. At his meeting yesterday, Kurz already announced extensive vaccine donations by Austria. Kurz sees the pandemic as a challenge to the multilateral system, which has responded quickly to the challenge.

For this very reason, Kurz applauded all UN actors “ have teamed up to enable this response“. Kurz insisted on solutions „that create a world that is more sustainable, inclusive, just, equal and resilient.“

Kurz concluded his speech by saying that Austria remains a reliable partner ready to play its part in this „crucial decade.“ 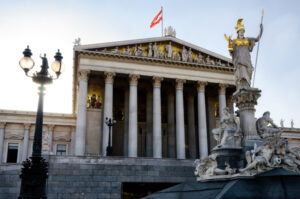 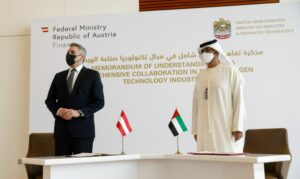 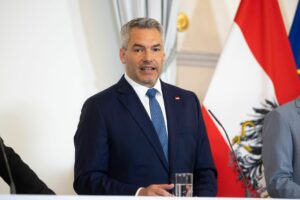 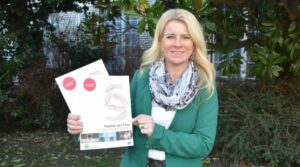 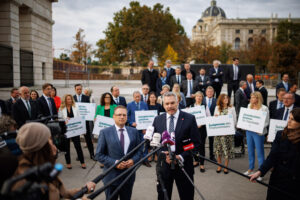 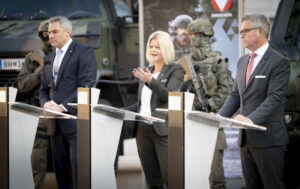